Welborne is a significant project and Buckland has been working on our plans for over a decade, in parallel to the Council’s Welborne Plan. Significant amounts of work have been undertaken, not only to prepare the outline planning application, but also to ensure that the vision and aspiration can be delivered.

Early investment is key to the vision.  Highways, public transport, pedestrian and cycle networks are designed in a co-ordinated way. Increased demand on utilities mean upgrades and reinforcements will be required – these are being considered strategically and will be planned as part of the early phases of delivery.   The total infrastructure requirements over the lifetime of the project are significant, with costs estimated by Buckland at over £300million.  A third of these costs will be incurred in the first five to seven years of development.

Buckland planned ahead by investing in the construction of a 50MW solar farm just east of Welborne.  The solar farm has been operational since 2015,  already supplying sufficient energy to grid to power the needs of the completed new development. 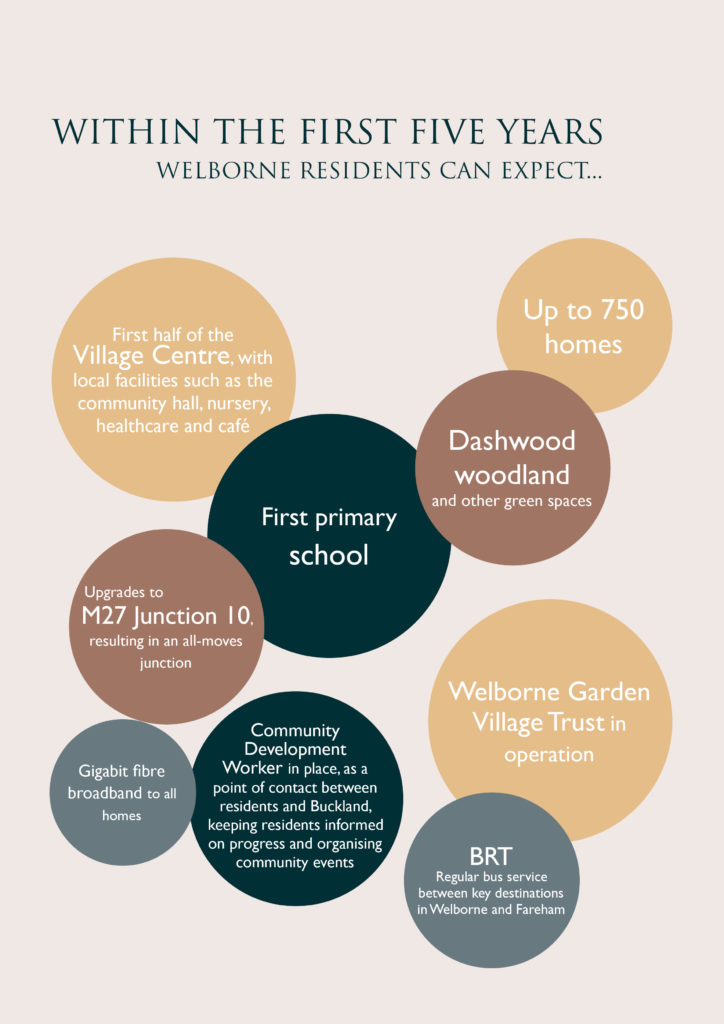 Provision of social infrastructure is an important part of creating a sense of place and a sustainable community.  Facilities such as community halls, indoor and outdoor sport facilities, plentiful green space, childcare and schools are planned for early delivery – integrated with housing delivery rather than being provided at a later date.

Proactive engagement with the community during the development of our outline planning application has been very important to Buckland. Work to date has included public exhibitions and regular meetings with local parish councils, residents’ associations and societies. Buckland is set to continue these dialogues as the planning application progresses and future detailed plans develop. 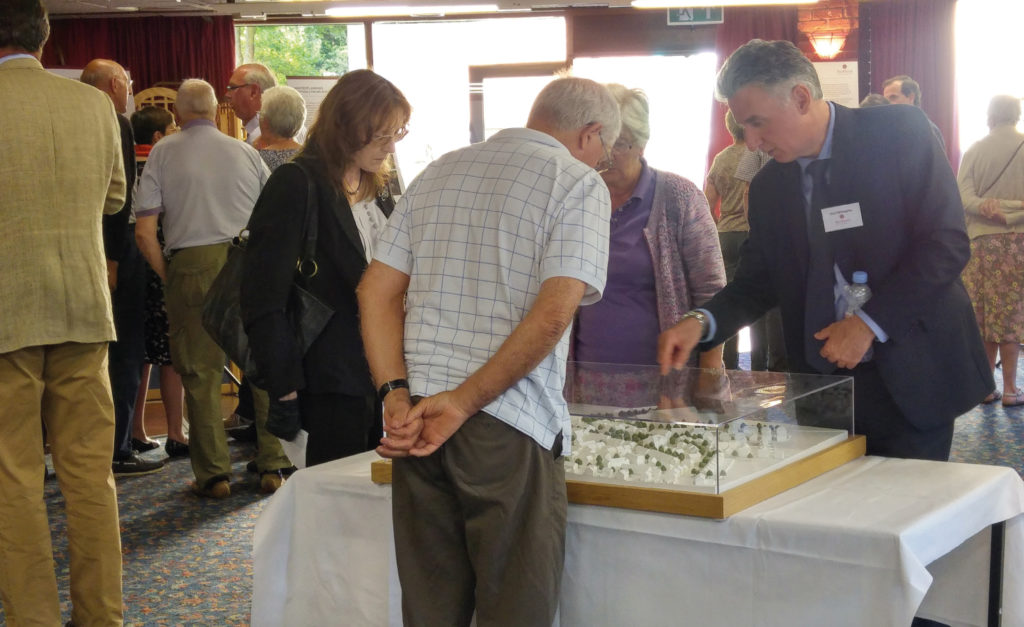